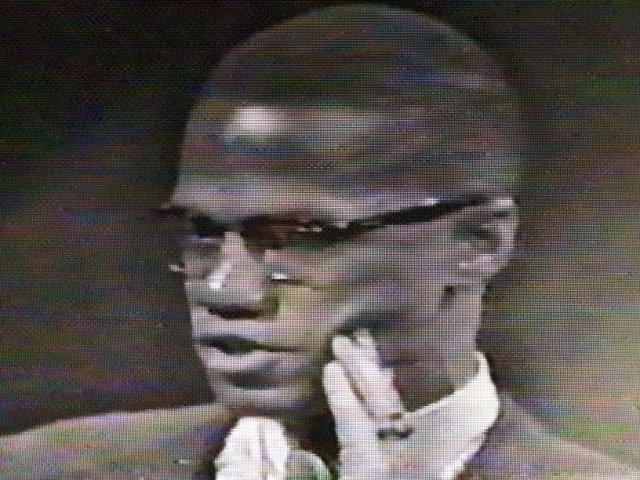 FAMILY PORTRAITS SAY IT ALL

Malcolm X was born into a family. Malcolm’s father had been a positive role model for Malcolm and his siblings. His father did his best to provide economically for his family and was an organizer for the great leader Marcus Garvey.  But circumstances changed for his family.

Malcolm’s family became dysfunctional.  The breakdown of his family can be traced to the murder of his father by the Black Legion (a white racist group). As a result, Malcolm’s mother eventually suffered a nervous breakdown and was subsequently put into a mental asylum. Put in another way; it was the absence of the father which weakened Malcolm’s family structure and which set in motion its downward spiral and the eventual separation of the siblings from one another. They had lost a protector and a provider. They had lost their family leader.

If you are incarcerated you are absent from your family. Because of your incarceration, your sons and daughters have less physical and emotional protection. Your absence has negative repercussions on the members of your family which can be life-long. The repercussions are physical, economical, emotional, and psychological in nature.  Those repercussions are painful to experience. At a young age, Malcolm was pained for the rest of his life due to the loss of his father, mother, and his siblings.

I have observed that kind of pain. For many years I was a social worker. I worked with families in Oakland and East Palo Alto, California.  I observed over the course of my life an interesting change in family structure exemplified by family portraits. When I was a boy, families prided themselves on their family portrait.  Usually, they would place them over the mantle in the living room for all to see.  There was the father and mother and usually in the foreground of the picture there would be the child or children, sometimes in the background would be grandparents. But circumstances started to change.

Over the course of 30 to 50 years I have observed a definite change. No fathers in the home. Increasingly, there were family portraits but with no father. There would just be the mother and children; in other instances there would be a picture of the father on the prison yard sent from prison and stamped on the back ‘approved’. In both cases, the prison pictures demonstrate the breakdown of the traditional family structure not unlike what happened to Malcolm’s family and not unlike what happened during slavery when Africans were prevented by law from marrying and having families.  History now is repeating itself.

Today, over 70% of African American babies are born into single parent families and over 200,000 African American children are wards of the States in residential foster care programs. That is paralleled by the fact that 36 per 1000 African American fetuses are aborted and 32% of all abortions ever done have been done by African American women. It is the highest abortion rate and the highest proportion of women getting abortions in the nation, indeed in the world.  Now, understand that all homes are not absent a man.  But in the majority of cases there is no father in the home.  As a consequence the quality of family life for African Americans has been spiraling downward.

Statistics reveal much about how African American children are doing in their families. What one is compelled by the facts to conclude is that African American women are failing at raising their children alone. The incarceration rate, high school drop-out rate, obesity rate, and drug addiction rates are symptomatic of poor childhood supervision and rearing practices.  However, there are other arguments.

Some would argue that poverty is related to family dysfunction, if we examine Malcolm X’s family adversity I think that argument is supported by facts. Put another way, it does follow that poverty is related to family dysfunction in the African American communities today.   Malcolm’s father was murdered by Black Legionnaires (a white racist group) in 1931 at the beginning of the depression. His family never recovered economically from the loss of their head of household. They became very poor and had to go on welfare which in turn subjected his mother to the police policies of the welfare system.  They then suffered a loss of freedom and privacy.

Millions of African American families are in urban prisons which have and are slowly taking from them their self-dignity. All of their private or personal business is accessed by governmental agencies which support them financially. That is always the condition of financial support from government. This kind of humiliation is learned and then passed on as high personal tolerance for humiliation to succeeding generations of children. Humiliation and the lack of self-dignity that it causes then becomes a characteristic of the demeanor of whole neighborhoods. It was done to Native Americans. It is a feeling analogous to what a person feels when he or she is strip searched in jail or prison. If you’re in prison or jail then you’ve been strip searched, so you know exactly how it feels.

Malcolm’s family lost its dignity. That loss of dignity started with the murder of his father and the destruction of his family.  But Malcolm got his dignity back by building a strong family.  You can get your dignity back, too, by putting the value of your family above all else.  Go get your children and start building your family today. It will be the greatest investment of your life.