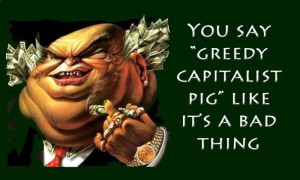 Historically, African, Latino, Asian, and Native Americans have suffered the slings and arrows of outrageous economic fortune in the United States. Africans were enslaved; Latinos’ were victims of larceny in violation of the Fifth Amendment to the Constitution and were economically exploited under the Brocero program of 1942; Asians’ land and property was taken in direct violation of the Fifth Amendment of the Constitution; and criminal larceny was committed against all Native American tribes . We could go on but just these few facts reveal something very important.

The law of gravity, for example, is a claim that asserts a direct relation between the sum of masses and an indirect relation to their distance from one another squared. Gravity has been proven to exist naturally by experimentation.  It holds true everywhere in the known universe according to astrophysicists. The gravitational relation between masses is not guided by an ‘invisible hand’ in the universe not even the hand of God.

Capitalism on the other hand is not natural, it is artificial.  Capitalism is a rational belief system; it is guided by human hands.

The theory of capitalism is the brain child of Adam Smith.  Adam Smith was not a scientist; Adam Smith was an ethical and economic philosopher.  If you have gone to college then you know that your first course on economics taught you some fundamental assumptions about the market place as it is assumed to work in an open market. First there is supply and demand.

Understand that there is no ‘natural relation’ between the supply and demand of goods and services. That is because according to Adam Smith, both supply and demand are mediated by an ‘invisible hand’ in the market place. Supply can be anything natural or artificial and demand may or may not exist from moment to moment or even from season to season because it depends on human choice. So, the relation between supply and demand is a game of chance; it is not universally constant as gravity is.  Your best example is the depression of the 1930s.

And two, if there is an ‘invisible hand’ manipulating the supply of goods and services in the market place by reducing production of goods and rolling back services or increasing them, then prices can be manipulated to go up or down at will. Therefore, capitalism is not natural law; Capitalism is an art.

If capitalism is an art then it can be done away with and replaced by another kind of economy or it is a system which can be adjusted depending upon human needs under any given circumstance at any time. What that means is that our priorities must be rearranged.

History suggests that in each generation some people are recruited and socialized to think illogically about the value of all human life. They arrive at the conclusion that they are inherently better than other people and indeed the total environment.  We have evidence to prove that.

America was founded upon capitalism. Any serious student of the United States Constitution knows that.

We Americans know that during the era of slavery, indentured servitude, and later under ‘Jim Crow’ and ‘share cropping’ in the southern states, the exploitation of others’ labor was qualified as more important than human rights.

So we know that pure capitalism can place the market place above entire ethnic and gender classifications of human beings as a more important priority. That very qualification which capitalism implies is that without capitalism a quality life on earth would not be possible.  That is a lie and here is why it is a lie.

It we follow the logic of that propaganda then what kind of justice would we be compelled to validate?  If justice has to do with how, when, where, how much, and to whom we distribute benefits to people in society then by our sentiments and actions we are certainly not validating equal justice because in our market place the ‘invisible hand’ has caused extreme inequality of resource distribution in the United States and all over the world. Most people have barely enough to subsist on or nothing at all.

The ‘invisible hand’ is the hand of exclusion. It pushes some people away from the fruits of their labor and allows others to indulge in fruit that they do not deserve.

In fact, the invisible hand may be a metaphor for ‘power’.  If that is so, then the market place is tied to instinctually based anxieties which give rise to conscious rationalizations for discriminatory use of power by the haves against the have-nots.

Capitalism is used to justify the discriminatory use of state power.   The ‘invisible hand’ snatches from most people their time and energy used to produce benefits and gives to a minority of other people benefits they do not deserve.

Market place exclusion by the ‘invisible hand’ is the result of intentional injustice. That kind of injustice is criminal. It is criminal because it is intentional and because it wrongs human beings and more generally it wrongs nature so that a few people can control and benefit from all of the wealth produced by the majority of people. That kind of market place is not the result of natural law.

If we do not follow the logic of that kind of propaganda then what kind of justice would a more precise of kind logical reasoning compel us to validate?

If justice has to do with how, when, where, how much, and to whom we distribute benefits to in society then a more just society would result from the application of proportionate justice. That would be a form of justice predicated on a person’s belonging to humanity not on an artificially measured kind of worth.

And here is yet another example. Most African Americans are the descendents of slaves.  Slave labor was exploited to build up the capital base of the United States. But the descendants of slaves have not been given any financial proportionate justice in the form of reparations to them for unpaid wages justly due to slaves during slavery.

It is amazing that right wing conservatives in the United States will criticize the theory of evolution but cannot tolerate criticism of the theory of capitalism. Evolution assumes that change is inevitable while the one percenters struggle to prevent change.

For a man who epitomizes in so many ways the very spirit of the modern scientific method by his meticulous natural observations and application of inductive reasoning, Charles Darwin either knowingly or unknowingly welds onto his grand theory of natural selection several theoretical corollaries which fit straight onto the line of reasoning which we have so painstakingly traced from Plato and Aristotle.[1]   His book was entitled: ‘On the Origen of Natural Selection or the Preservation of Favored Races in the Struggle for life’ (1859’). We are only concerned with those corollary theories which support the thesis of this book and so shall not challenge Darwin’s major theory except to say that it, too, originates within the set of assumptions and methodology laid out by Aristotle.  Simply put, Darwin is an Aristotelian naturalist.  What underlies his theory is the same assumption of proportionate justice or natural law which is central to Aristotle’s theory of nature.

The first evidence to support the thesis that Darwin continues in the line of reasoning we have previously identified is found in ‘The Descent of Man’. Besides giving credence to the concept of ‘race’, he states regarding hominid physical differences that there are corresponding ‘mental’ differences: “The races differ also in constitution,” and “Their mental characteristics are likewise very distinct…partly in their intellectual faculties.”[2] Darwin then takes a major leap far above the bar raised by Plato and Aristotle’s admonition to kill all deformed infants.  He posits the theory of extinction as being a by-product of natural selection, i.e., the fitness or unfitness of a species as measured by their respective number of offspring, competitive success in obtaining material resources, and adaptation to changing environmental conditions. He states the outcome of his natural drama in these words: “At some future period, not very distant as measured by centuries, the civilized races of man will almost certainly exterminate and replace throughout the world the savage races. At the same time the anthropomorphous apes…will no doubt be exterminated. The break will then be rendered wider, for it will intervene between man in a more civilized state, as we may hope, than the Caucasian, and some ape as low as a baboon, instead of as at the present between the Negro or Australian and the gorilla.”[3]  Here he cleverly states that eventually there will be a greater gap between the highest race and the lowest primate, once Negroes become extinct.

But Darwin also follows closely Aristotle’s evaluation of women.  He parallels closely the comments made by Aristotle in his ‘History of Animals’. Therein he states that women suffer a monthly episode of ‘catamania’[4] Darwin states more categorically that women are intellectually inferior to man and that she is more like the lower races.  He then quotes his cousin Francis Galton: “…if men are capable of a decided pre-eminence over women in many subjects, the average of mental power in man must be above that of women.”[5] As we shall see this is the same application of the normal distribution curve to support the modern theory of inherent intellectual differences between the ‘races’. He concludes by saying: “Thus, man has ultimately become superior to women.”[6] With but a few changes, we may thus peek Darwin’s hidden premise that ‘white men have ultimately become superior to all other races both male and females.’  In fact he says as much.

In his book: ‘The Decent of Man’, Darwin predicts the global genocide of savage races by a superior race.   Once again his central theory of proportionate justice designated by him to be ‘natural selection’ is the ‘invisible hand’ working to adjust survival merit based upon the greater or lesser actualization of survival potential in competing gene pools.  Never mind at this point the fallacious assumption of ‘pure race’ as promulgated by Plato and Aristotle.  Rather, let us remember Plato’s query in ‘the Republic’: ‘How do we make them believe?’ The point here is that the genocidal outcome predicted by Darwin is less the operation of nature and more the product of solicitation and conspiracy.

It is no coincidence that Darwin’s description of nature is so very much analogous with Adam Smith’s central theory of capitalism.[7] Both theorists argue from Aristotle’s natural law theory.  Adam Smith’s interests lie within a far more limited scope of nature; indeed it is an artificial replication of nature revealed through the ‘market place’. But the dynamic interaction of supply and demand nevertheless manifests as the same struggle of the fit which Darwin describes in the natural order.  Deducible from the thesis of both Darwin and Smith is the conclusion that some human groups will be wiped from the face of the earth or the market place, forever.

[1] Charles Darwin, Origin of Species by Means of Natural Selection and the Descent of Man and Selection in relation to Sex, William Benton, Publisher, Encyclopedia Britannica, Inc., Great Books, 1952