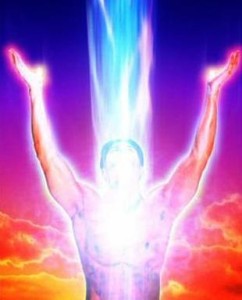 Origen Adamantius was an early Christian theologian.  He was born in 185 A.D. at Alexandria, Egypt. He died in 253 A.D. at the city of Tyre.   His magnum opus is entitled ‘First Principles’.  In it, he outlines a theory of human origin which supports my argument that the Christian theological definition of what a human being is has its roots in both Platonic and Aristotelian anthropological assumptions. That definition of the human soul’s origin is contrary to the Egyptian, Hebraic, and Islamic account of the human soul’s origin out of the ‘dust of the earth’.

Origen’s influence on the direction of Christian thought is substantive and we can see his ideas mirror Hesiod and are in turn mirrored in modern political policy. We can see that even more clearly upon our close examination of his fundamental assumptions about humanity’s origin and social justice.

The first assumption is of course that God exist as pure immaterial ‘thought thinking itself eternally.’[1]  For Origen, this is a given, so we need not dwell at length on it.

His second assumption is that ‘minds’ or ‘archetypes’ participated in ‘God thought’ or what Plato termed the ‘Vision of Beauty’.[2]

The third assumption follows from the second.  That assumption is that because of the soul’s lack of perfection due to its possession of an inherent antithesis to their participation in divine unity, degeneration was triggered which moved souls into a lower status of ‘being and not being’ synchronicity.[3]

According to Origen, some of those lower beings are human souls.  Regarding that he says: “God did not begin to create minds…before the ages [time in the past tense][4] minds were all pure…But there remained some souls who had not sinned so greatly as to become daemons, nor, on the other hand, so very lightly as to become angels.  God therefore made the present world and bound the soul to the body as a punishment.”[5]  We can see from the preceding quote that Origen’s theory is set within the Platonic theological paradigm as a sub-theory resting upon the same assumptions but adapted to Christian mythology.

We can find even more evidence of conformity to Platonic as well as Aristotelian anthropology in the work of Origen. He employs the metaphorical tool derived from Hesiod’s ‘Works and Days’ as used by Plato in the Republic, i.e., the ‘myth of the metals’ to justify not only natural variation among human beings but also to justify on grounds of divine ordination the differing values of human worth based upon ‘sins’ earned in the spirit world: “God, however, who then felt it just to arrange his creation according to merit, gathered the diversities of minds into the harmony of a single world, so as to furnish, as it were, out of these diverse vessels or souls or minds, one house, in which there must be not only vessels of gold and silver, but also of wood and of earth, and some unto honor and some unto dishonor.”[6]

It follows then, that the definition of what a human being is for Origen is predicated upon human nature as a ‘soul’ and that the body is a consequence of spiritual failing: “…each has obtained his degree of dignity in proportion to his own merits…”[7] For Origen a human being is defined from the ‘in-side out’, but under natural conditions Origen finds a graded hierarchy determined by phenotypical differences marking off one person or group from another person or group as more or less approximating the Divinity of God.

[3] George Hegel’s theory of Being is similar to this because it too suggests an ‘antithesis’ to Being.

[5] Origen, Origen on First Principles, being Kaetschau’s Text of the De Principiis Translated into English, together with an Introduction and Notes by G.W. Butterworth, LITT.D., Society for Promoting Christian Knowledge, Northumberland Avenue,  London, 1936  pp 67