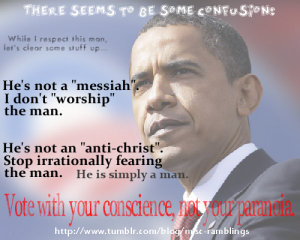 Is Barrack Hussein Obama the Anti-Christ? Can White racism, American Zionism and Politicized Judeao-Christian denominations find yet another moral low to sink to?

I am no Obama supporter. Rather, I strongly lean toward Constitutional Libertarianism and ideologically I am an inclusive separatist or secessionist.

I also personally lean towards the negation of nonsensical manmade law(s) that do more harm than good. Instead, I am for the re-establishment of God’s laws as the social standard for all secular laws.

However, purely for the purpose of venting, this must be stated because it is undeniably true. Barrack Hussein Obama has drawn disproportionately racially motivated types of negativity and criticism purely because he is “THE” visible Black face in the Whitehouse.

Can anyone reading this recall any other U.S. President being equated with the Anti-Christ and taken out of the presidential context more often than Barrack Hussein Obama?  I’ll wait.  I am willing to bet that if he was behaving like his Democratic predecessor “Sweet Dick Billy” who seemingly has been given a pass for his continued behaviors along with that crooked wife (Hillary Clinton), the world would never hear the end of it and everybody knows it.

I do not recall criticism on “Biblical” proportions of any other President in my lifetime. In fact, did anyone equate President Harry Truman in 1944 to that of the “Anti-Christ” for his approval and first use of two atomic bombs on the mainland populace of Hiroshima and Nagasaki, Japan? No, I don’t recall reading anything nearly that sinister or nefarious about President Truman.

For the greater white Zionist establishment, I guess seeing a black face in “THE” leadership position of “their” country could be equated with the end of the world as they know it or would imagined it to be.

Other presidents have faced their share of scrutiny and that is unquestionable, but nothing like the scrutiny President Obama has been subject to. Other Presidents have authorized acts of violence worldwide with a deafening roar of approval or often times in complete silence while they themselves were oblivious to the sentiments of the populace at large.

In fact, in 1999 one of the largest bombing campaigns in US military history occurred during the Clinton Administration without U.N. Security Council approval and nobody seems to remember or give a damn about that! It was ironically called operation “Merciful Angel”. This name was later blamed on a “misunderstanding” or a “poor translation” at the hands of the Yugoslavian officials and I have yet to hear even ONE conspiracy aficionado say Boo!

Nearly 85,000 soldiers including 40,000 in and around Kosovo were killed.  In Albania, over 500 civilian deaths including the deaths of Chinese journalists in the Chinese embassy by the U.S. led NATO bombing campaigns during the Clinton Administration. I never once heard a name or an equating of “William Jefferson, Clinton” with that of the Anti-Christ when death was delivered wholesale on his watch under the title operation “Merciful Angel”.

Do you think I’m kidding?  Perhaps you should have lunch with some of my Bosnian and Serbian friends and let them tell you all about it. In fact according to eye witnesses, the “reported” civilian death tolls were much higher than what was actually reported.

American double and triple standards along with its selective reprimanding of other leaders and governments is sickening both domestically and abroad.  And some proponents have the audacity, “the nerve” even to speak, to wrap themselves in Zionist flags and to speak in nationalist or religious overtones in the name of the Most High God who holds all might and majesty. At the end of the day, it is but a veiled attempt by them to shield their racial prejudices and bigotry. It is a slap in the face to everything Jesus preached and stood for and to all of the prophets that predated him. 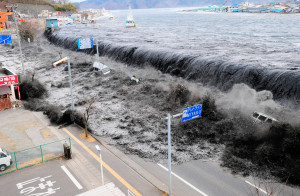 The earth quake was related to a great under ocean trench in the Pacific.  That trench is a dividing line between continents.  At the bottom of the trench there is a process which is called subduction. 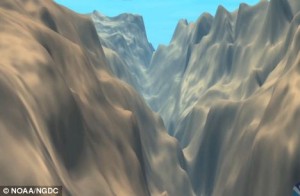 Subduction is a process whereby the sea floor slides down beneath the mantle and then into the molten outer core of the earth carrying everything down and under with it to be recycled. This process spans millions of years.  It is part of the mechanical movements of tectonic plates on which the continents float about. 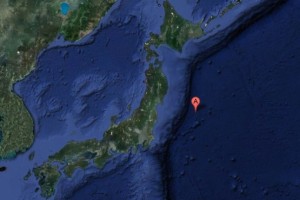 Earth quakes are the effect of the friction caused by the oppositional movement and collision of tectonic plates and the great cracks running along the crust and mantle of the earth. The Pacific Rim is called the ‘Ring of Fire’ because of the high probability of volcanic and earth quake activity along it at all times.  Japan is a set of islands situated along the Ring of Fire.

Ironically, the government of Japan allowed a company called TEPCO and GE (General Electric) to build a nuclear power facility at Fukushima Daiichi.  This, Japan allowed, even though it is the only nation whose people have suffered a direct explosion and the radioactive collateral effects of atomic bombs being dropped on them during World War II.

Through both of these avenues dangerous levels of cesium-137, Iodine-131, and Strontium-90 are getting into the food chain.  Over time, the amount of radioactive material will increase in both the ocean and air. Those radioactive materials damage human bones, muscles, and thyroids. Medical experts have reported a 40% increase in damaged thyroids among the children of Fukushima.

Cancer rates are up among the Japanese people who were exposed to the radioactive fallout, too.  I leave it to you to do further research on that problem.  I want to address a bigger problem which will happen and for which you and the world are not prepared and cannot prepare to handle. 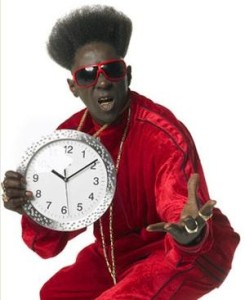 Very soon there will be another earth quake at or above a 7.0 magnitude near Tohoku, Japan.  It will cause the nuclear rods in the reactors at the Fukushima nuclear power plant to touch.  That will then trigger a nuclear reaction called fission.  It will cause a global crisis the likes of which no life on this planet has ever faced.  It will mark the end of mammalian (human) life on this planet.  Let me explain why. 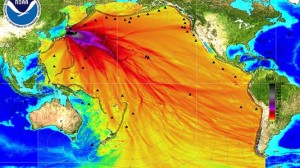 First let’s analyze what will happen in the ocean.  See the picture above? The amount of radiation leakage into the ocean off the coast of Japan will increase by multiples of greater than 10.  It will cause an already radioactively contaminated area around Japan to spread throughout the Pacific Ocean.

The first animals to die en mass will be the phytoplankton.  Since microscopic animals called phytoplankton are the base of the ocean food chain, a domino effect will be triggered up the food chain causing food shortage and starvation of small and then large species including whales.  Dead sea life will wash ashore by the trillions causing a stench that will drift inland hundreds of miles.

Then things begin to get even worse.  The radioactive contamination will slowly spread to every ocean and sea in the world.  Dead zones will spread and eventually engulf the world’s oceans and seas.  The domino effect eventually hits human populations because the extinction of sea life eliminates a vital source of protein for human beings and birds.  People will panic out of fear.  Then people will begin to die by the millions.  The old, those impaired and/or ill, and babies will die first, then those technologically undeveloped or unskilled.  Lastly, Black people, and those without weapons for self defense will die or be killed. People will commit suicide by the millions. Insanity will be the new norm.

Because of the contaminated ocean water billions of people will begin to migrate inland. Populations will collide and be crushed together.  Competition and the ensuing conflict between nations and individuals over land, animals, and crops will increase thus causing more millions of human deaths at the hands of other humans.  But the horror will increase yet again as the human predicament will then take a turn for the worse.

There will be a massive problem of human waste. Contaminated dead animal and human bodies will lay unburied everywhere along with human feces and will cause the spread of disease.  Everywhere, swarms of flies as thick as clouds will engulf whole towns. People will eat dogs and dogs and insects will prey upon people.  And this shall not be the worst of our problems. 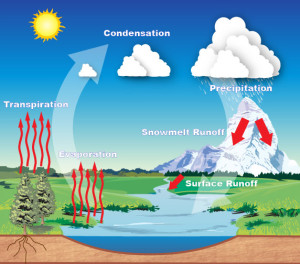 Drinking water which for so long we have taken for granted will diminish.  The global hydrologic system is well known.  Due to heat, water evaporates from the oceans and seas leaving its salt content in the ocean.  The vapor rising into the air is condensed and form clouds.  Those clouds are pushed by the currents of wind. They are then affected by temperature thus causing snow, rain, or hail to fall to the ground.

That fallen water is our only source of fresh water.  However, because of radioactive contamination continually leaking out of the nuclear reactors the fresh water will become contaminated also.  Within a few months, plants, insects, and mammals will begin to die from dehydration and or radioactive poisoning. The entire base of the human food chain will be destroyed. The fighting and killing between nations will increase geometrically as governments become dysfunctional or completely collapse. 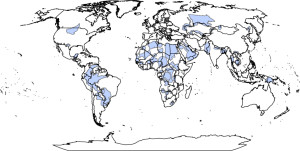 Underground aquifers which have built up over millions of years will then become the prize possession of ruthless gang lords. They are situated more on some continents than on others. That will push their value up. You can see that the big fight will be in Africa. The gangs alone will possess the drilling equipment now owned by the oil companies to access underground water and they will possess unimaginably destructive weapons to control the aquifers.  There will be no more governments. 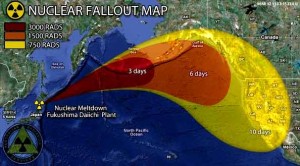 Those humans who survive will live around underground aquifers eating what packaged foods remain until it, too, is all depleted.  They will live in caves to avoid radioactively contaminated air, dust, and rain.  But they must breathe air and they will.  And so, eventually horrific cancers will eat away at their bodies.  There will be no medical infrastructure, nor medical experts to give aid, nor morphine to relieve their pain.

After 265 million years of evolutionary twists, turns, and interventions, in a last rite of savagery those last survivors will resort to cannibalism.  Finally, the last human being will eat the other last human being in a metaphorical twist on the very problem which confronts us today. That problem is the unsolvable problem of human nature; those murdering beasts who cannot stop killing to avoid killing themselves.

We were never the best that we thought ourselves to be, but we were the very worst that we so artfully covered over in the guise of civil life. So from space this old planet will look inviting. It will cast itself earthen brown and blue with fluffy white clouds, but it will be a dead planet for millions if not a billion years.  And if there are any survivors those survivors will be insects which evolve and perhaps play the game again but perhaps making better choices. 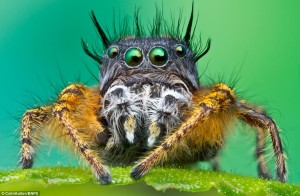 And what might you ask of the zoo keepers?  Ahhh, they will continue to watch and again place their bets.  For whatever intelligence does evolve to rise up from among the bugs will in time discover the same physics to play with again.