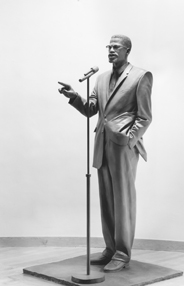 Lakisha lives in a major U.S. city.  She is a descendant of slaves though she does not think of herself as such. She was born into a single parent household. Her mother is on AFDC, W.I.C., and living in section 8 housing with Lakisha’s three sisters.

Lakisha never knew her father. Her mother was a teenager when she gave birth to Lakisha.  Consequently, Lakisha’s mother had to drop out of high school at the age of 15. Her mother never returned to school.

Over the course of the years, Lakisha’s mother had many male sexual partners. Because Lakisha was the oldest of her siblings she saw her mother’s partners come into her mother’s life and leave.

At the age of 16, Lakisha met a boy. They became sexually involved. Eventually Lakisha got pregnant. She went to school pregnant for a while and it was found out that she was pregnant by teachers and counselors.

There was an abortion clinic in the neighborhood. The clinic also had an office at Lakisha’s school. Some of the people there tried to persuade her to abort her fetus. But Lakisha said no to them because she wanted to keep her fetus and have her baby.

As she grew into her third trimester, her mother took her down to the various Federal, State, and County agencies so that she could apply for and receive AFDC, W.I.C., Food Stamps, and Section 8 housing.

The young boy had disappeared out of her life and so Lakisha was on her own and dependent upon government to support both her and her new child. For the first time in her life she felt alone.

Lakisha will never return to school. She moved into an apartment a few blocks from her mother’s apartment in the same complex of apartments set aside for Section 8 housing dependents.

In order to appreciate the scope of Lakisha’s plight one must multiply it millions of times. Only then are we likely to come face to face with a fundamental issue: Whether or not Lakisha is a hood rat?

Lakisha does the best that she can. She wears cheap clothes; she has a small vocabulary; she has rough manners honed by very aggressive interactions with others in her neighborhood.

She has no bank account and so in order to cash her check she goes to a Fast Check Cashing establishment within walking distance of her apartment.  They know her very well because she is there every month at the same time.

Lakisha has no car so she walks to the neighborhood stores to shop for food. The stores do not carry fresh vegetables and fruit so she buys canned or processed genetically modified foods like corn, sugar, milk, cheese, along with processed meats, and candy. Not only does Lakisha pay the retail price, she pays higher prices for her goods than she would pay outside of the hood; and along with that she pays a sales tax, too.

On the way home she stops at the local fast food outlet and buys some of their high salt and fat foods along with a sugary soda. She sits there with her baby to rest awhile before going home.

Her rent is paid in part by the government and she makes up the difference; she has never been late paying her rent to the landlord.

Two weeks go by and Lakisha is nearly broke; she waits anxiously for time to pass as she watches cable television shows throughout the day and night to pass time.

Meanwhile, the landlord, the check cashing establishment owner, the corner store owner, and the fast food outlet manager have taken their money to the bank.  None of them is a descendant of slaves. It is a daily, weekly, monthly ritual as they line up in the merchants line of the bank to make their deposits. Annually, they file their tax reports and pay whatever they owe to the Internal Revenue Service. They have all had a good year in the hood. They each count sizable profits servicing Lakisha and others like her.

The bank then has its opportunity. It takes the deposits from each of the merchants, but it then shaves off 90% of their deposits under the Fractional Reserve banking rule set by the Federal Government.  It is a rule which allows banks to keep on reserve at the bank 1 dollar out of every 10 put in deposit. So, 90% of the 51 billion dollars or 45 billion dollars banks can then use to give short and long term loans to corporations and use to invest on Wall Street and in other global markets. The banks are then able to multiply the 45 billion dollars by 2, 3, 4, or even 5 times the amount given to them for safe keeping. The small amount of interest which the depositors earn on their deposits is miniscule in comparison to the profits made by the banks on deposit money.

The bankers are very happy. They have successfully used tax dollars paid through welfare and food stamp recipients like Lakisha to enrich themselves. In fact everyone has done well, except Lakisha. The IRS, the banks, and the ghetto stores have each made more money than they have expended because of the interest and taxes earned at each stage of a transaction with people like Lakisha.  The cycle is complete at that moment.

So, who are the ghetto rats? Lakisha and those like her merely serve as pipe lines through which money flows from taxpayers to government, to welfare recipients, then to banks, corporations, and finally back to government. Those establishments don’t lose money they dominant, control, exploit, and profit off poor people. It is they who are the hood rats not Lakisha and those like her.

That is why “the poor will always be with you”; poverty is profitable. Ghetto predators feed on the poor as do vultures on carrion. It is yet another of the aspects of plantation life lived out by poor people in the United States and the world.